Richard Torregrossa is a San Diego-based novelist and journalist with a weakness for Las Vegas’s unique combination of grunge and glamour. He’s the author of Cary Grant: A Celebration of Style, and thriller Terminal Life

The Rat Pack – Frank Sinatra, Dean Martin, Sammy Davis Jr, Peter Lawford, and Joey Bishop – reigned supreme in 1950s and 1960s Las Vegas. They filmed movies by day – the original Ocean’s Eleven – and performed at the Sands and Caesar’s at night, burning the candle at both ends and majoring in booze and broads and ballads. Lauren Bacall, then Frank’s girl, watched them crawl back one morning after a night of carousing and remarked, ‘You guys look like a bunch of rats.’ A rat pack. The moniker stuck. The Rat Pack is long gone, but some of their ring-a-ding-ding vibe can still be found in Las Vegas, if you know where to go.

The casino isn’t much, but descend the stairs to the award-winning Hugo’s Cellar in the Four Queens Hotel and enter a portal to the past: Sinatra drank and dined here. No glitz, no glitter. This is downtown, strictly old school. It’s quiet and elegant. Servers wear tuxes. First thing I do is belly up to the bar for an expert Martini — gin, not vodka — and get the chatty bartenders’ scoop on what’s happening in town. The dining room, with its circular plush booths, is softly lit and romantic, and the steaks, especially the prime rib, are juicy and full of flavour.

Circus Circus can’t compete with Aria and the newer hotels on The Strip, but it has what they don’t, a restaurant, The Steak House, voted best in Las Vegas for over 20 years. The dining room is cosy and intimate with mahogany panelling — no hard surfaces or harsh lighting — and with rural-themed paintings on the green walls. Slide into a quilted red leather booth, order a cocktail, and you’ll feel like the chairman of the board. The beef is aged for 21 days to tenderise it and give it a distinctive flavour – it’s cooked over an open charcoal broiler. They’re also famous for black bean soup and fresh baked breads.

Piero’s restaurant wasn’t around in Frank’s day, but it’s easy to imagine him sitting at a table with a bourbon on the rocks, waiting for the house specialty, osso bucco. The swanky ambiance attracts a hip crowd as well as insiders eager for a retro experience. They get it in spades. I like to sit at the bar and listen to the jazz trio, often next to a guy who looks like he could’ve been in The Sopranos – or Casino, which was filmed here, among other movies. The glamour does not disappoint and neither does the food.

If these joints aren’t enough to rattle your Rat Pack Richter scale, then head to The Rio Crown Theatre, 3700 West Flamingo Road Las Vegas, NV 89103 for The Rat Pack is Back. Video screens show clips of Vegas in its heyday to get you in the mood for a 12-piece orchestra and tribute artists uncannily like the original Pack banter onstage and perform classic numbers. Nothing beats the original, but these cats come satisfyingly close. 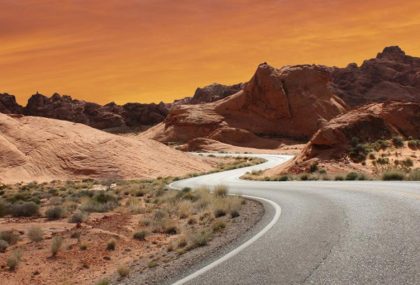 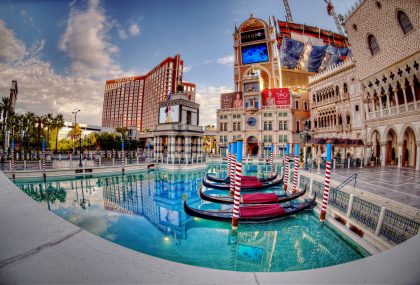 Hedonism and health: two sides of the Las Vegas… 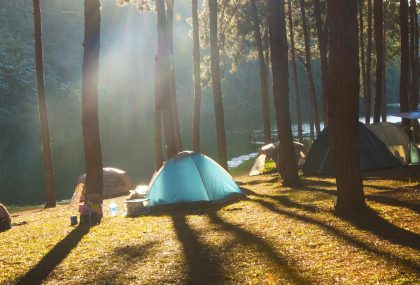 Glamping in Nevada: luxury RVs and the open range 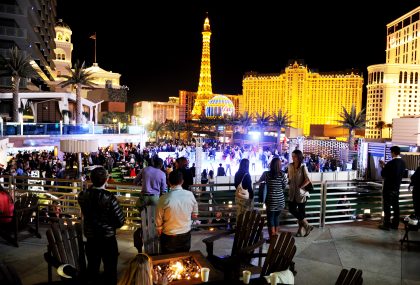 Ring in the New Year in Las Vegas